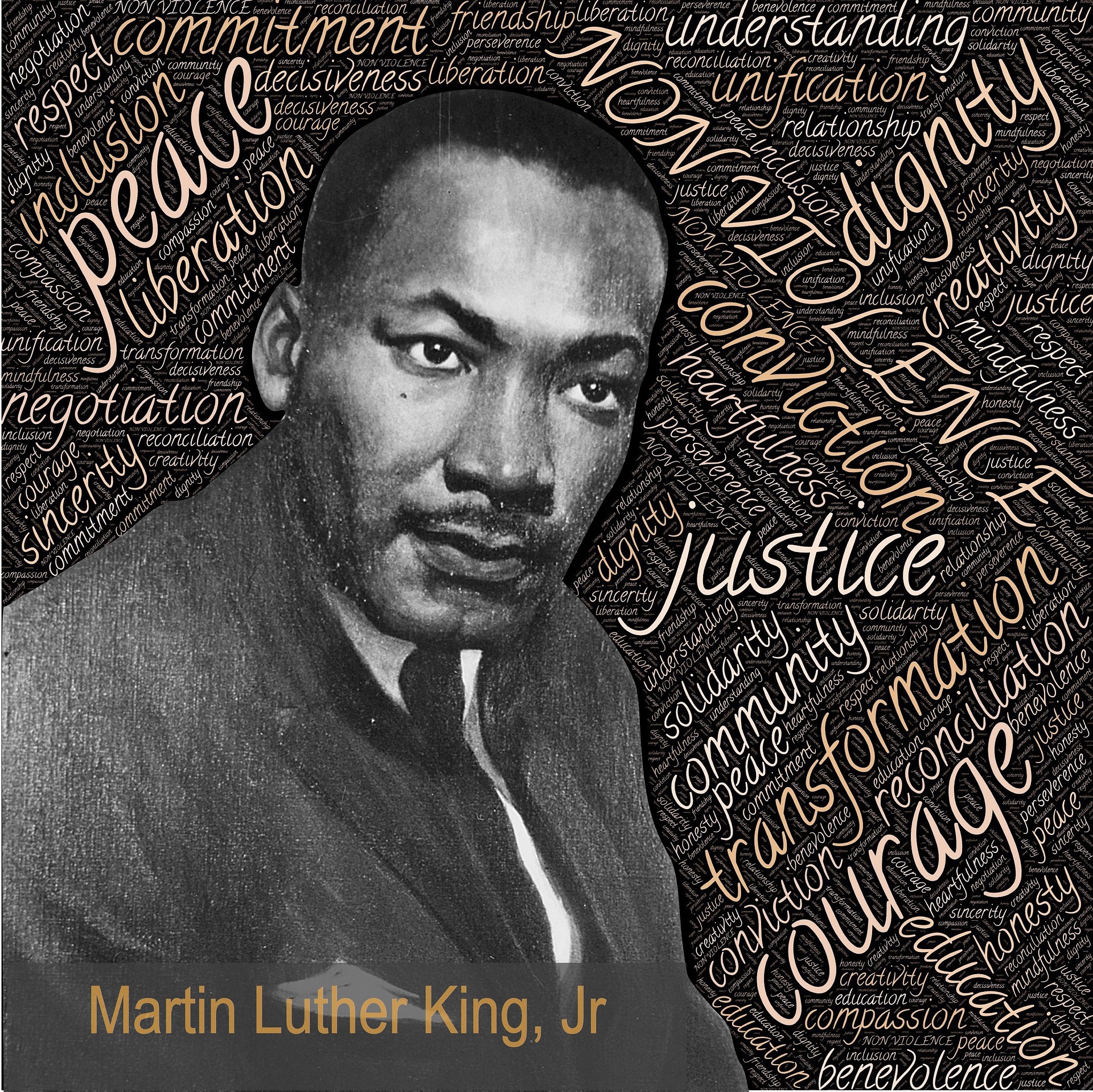 Categories:EmotionEthicPhilosophypsychologySocial
by Hessel |
on mei 3, 2019

“I have a dream”. Who does not know the famous statement by Martin Luther King. On April 4, 2019, it was 51 years since Martin Luther King was murdered in 1968. This violently attacked nonviolence, justice and peace. But his principle of nonviolence won respect, hope and courage around the world. It is one of the most powerful speeches of words and language that can change a brain structure.

Education
Martin Luther King was born in Atlanta on January 15, 1929. He was already confronted with degrading racial discrimination at an early age. After his education at Morenhouse College, he decided to shape his ideals from his Christian faith. King studied theology in Chester and Chicago and then studied psychology in Boston. Martin Luther King, well trained, started his “Negation Revolution”.

Bus strike
In the year 1956, King became internationally known for the famous Bus Strike. A mass demonstration in Montgommery, Alabama, in which hundreds of ‘negroes’ did not travel by public transport in protest. This was a drain on the bus companies. In this way, the ‘negroes’ showed that they did count in society.

Nonviolence
The principle of nonviolence was regularly answered with horrific forms of terror and prison terms. Nonetheless, nonviolence around the world commanded respect and admiration. Martin Luther King’s principle inspired many people. King, in turn, was inspired by Jesus and Ghandi. Jesus and Ghandi exemplified how nonviolence had an effect on injustice and thus commanded great respect. By acting nonviolently, they commanded respect from those who tried to wrong them. For example, we see it in the suffering and death of Jesus. Soldiers, judges and ordinary people realized before and after Jesus’ death that He was innocent. Violence against black people in America was ultimately seen as an injustice against innocent people.

Nobel Prize for Peace
In 1963, Martin Luther King was named “Man of the Year” by Time magazine. King was a pastor of the Ebenezer Baptist Church in Atlanta, where he also lived with his wife and children. He also chaired the Southern Christian Leadership Conference. In 1964, King won the Nobel Peace Prize.

Dream killed?
Martin Luther King was shot dead on April 4, 1968 in Memphis. The question now to be asked: Did Martin Luther King’s dream come true or was it murdered with him? In the book ‘Why We Can’t Wait Longer’, King describes that he was aware that social changes cannot happen overnight. But he had the inspiration to start as if the next day would no longer be an option. Martin Luther King’s dream still lives on. It remains a topical theme to tackle injustice with nonviolence. It is the desire of many people and the desire of King to pass on his dream to the world in which we live.

To connect
Injustice is the opposite of ‘right’. Something is crooked which should actually be straight. Setbacks can be experienced as if wrongs have been done. Unfortunately, in some industries there is a culture where ‘people are about corpses’ and so kill dreams. Organizations, shareholders, directors can focus too much on the result that touches the human. When organizations dare to dream about these kinds of values, a culture can be positively influenced. Speaking your dream and connecting with others through your dream also inspires others to dare to dream. But sometimes something is bent with which you can make a straight stroke. That is why we must always look for the values ​​that people can connect. Martin Luther King’s speech, which is still one of the best speeches, proves that the right values ​​can connect people of different races and cultures.