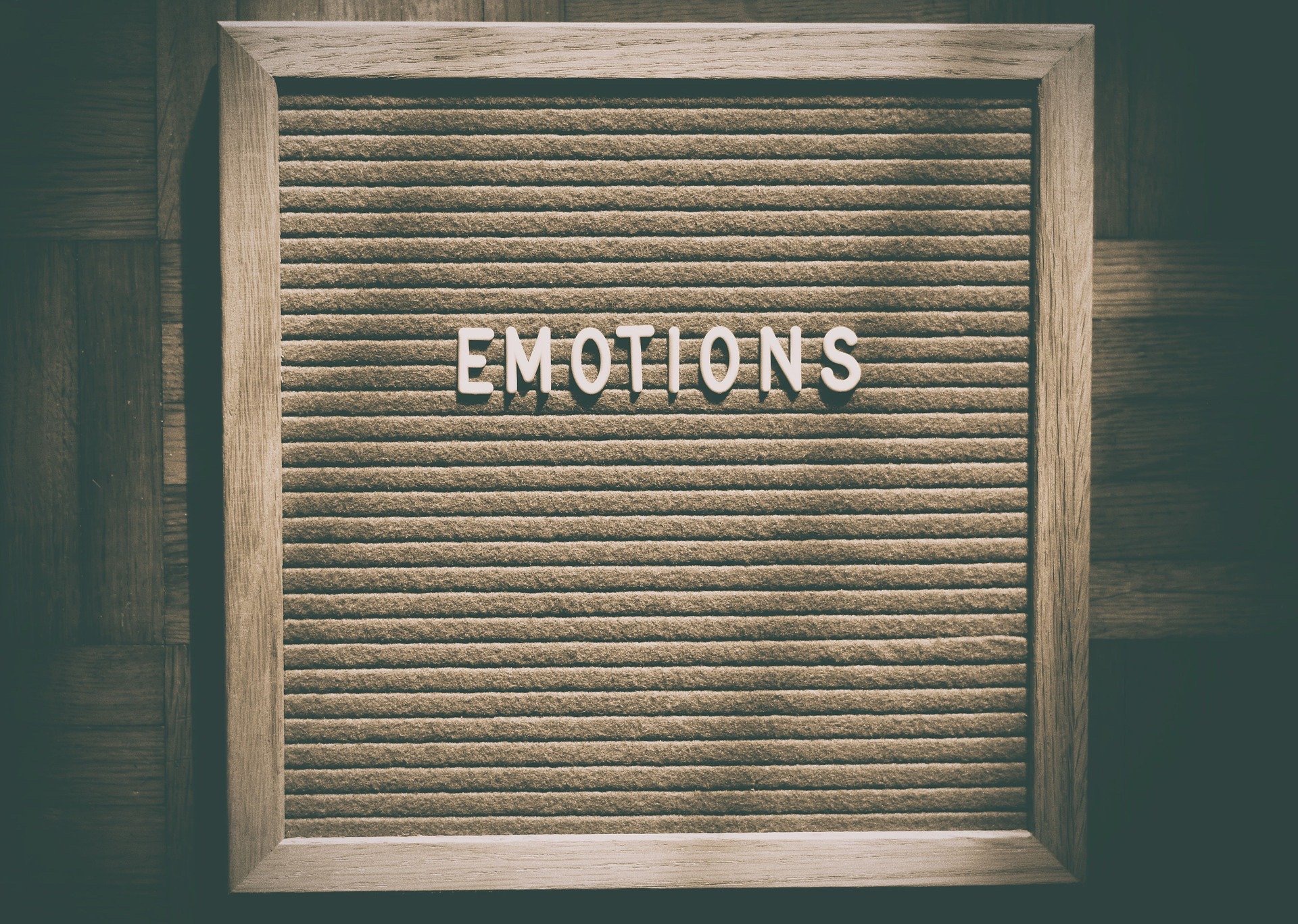 “Once upon a time there was a flood in India, where a hill with a bungalow on top remained dry and became a refuge for some wildlife, in addition to the people who were there. At one point, a Bengal king tiger came to swim, and when he reached the height he lay panting like a dog on the ground amidst the people, obsessed with fear. The tiger’s usual aggressiveness was temporarily supplanted by the fear that became supreme in him and formed a new center of character in him. ” Henry Drummond. (Quoted in W. James, 2010)

In the above story by Henry Drummond, the tiger is exhausted by the conditions of his environment and his aggressiveness is inhibited by fear. Fear can be either a limited or an unlimited emotion. Sometimes multiple emotions conflict. So character can be curbed. At least with the tiger. But is that also possible for people? Since people deal with emotions on a daily basis, there is a food source to discover. I see the emotional food source as an old well that is covered with thorns or poisonous plants. Under the ground it is still fed by groundwater, but we no longer use the well. Perhaps because we have found an easier way, for example, by simply opening the tap. Canadian physician and psychologist Gabor Maté (2010) calls this “the quick satisfaction”. In the song “I can’t get no satisfaction” by the Rolling Stones, Mick Jagger sings about the fact that he has no satisfaction whatsoever. Whatever he tries, nothing can give him that satisfaction.

“When you fight something, you grant it power. The power you give it is proportional to the force you use to resist it.” Anthony de Mello

In my work I see how people can struggle with making decisions. When you fight or for flight, you recognize its power. By giving it irrational great power in your head, you also force yourself to use that power to fight against it or to flee from it. Can or cannot stop using an addictive drug? How can Jan succeed and me not? How should I let go of something or someone? When making a decision, an appeal must be made to the “will” to resolve the inner conflict. A phase of indecision can arise because no emotion predominates. However, when an emotion reaches a certain intensity, it is enthroned as the only effective one and all inhibitions are wiped out. There is an emotional motive that plays an extremely important role in the formation or composition of a character. (W. James 2010, 196-197).

The conversations with boys and adult men inspired me to work out ‘the circle of sources’. In this article I want to describe something about the Emotional Power Source. The origin of my vision lies in the fascinating work with people with an addiction. But I have also heard hundreds of stories in which the use was no more serious than that of the average citizen. In most situations, there are similarities in the underlying cause. I have wondered how people are cut off from vital food sources. I see that in people with an addiction, but I also see that in people with an enterprise. Entrepreneurs who let an emotional source overgrow because it takes too much pain and effort to draw from that ‘source’. They have found a faster way to muffle or satisfy their emotion and peace of mind. However, that “Quick satisfaction” is not a sustainable food source. In his book “The realm of the hungry ghosts”, Maté describes how the environment can influence the course of a person’s life. Maté worked for decades with addicted people in Downtown Eastside, a deprived neighborhood in Vancouver, Canada. There he spoke daily with people who, as he describes, “stared hungry out of their eyes”. It is a term that Friedrich Nietzsche (2017) uses in his book “Thus spoke Zarathustra”. Hence the name of his book. Gabor Maté (2010) concluded that if he wants to help someone, he must know himself well and be present to listen to the other person’s story. He came to the conclusion that the cause of indecision is almost always an emotional loss.

“Addiction starts with pain and ends with pain” (Maté 2010). He became convinced that only (h) recognizing, clarifying and learning to deal with life questions can lead to recovery or stability. Fleeing it leads to a downward spiral. On the other hand, he concluded that a society or community should dare to look critically at its own shadow sides. Someone who has an addiction is not from another world but from the same society that we are all part of. It is very important to note that someone is not addicted, but has an addiction. Even when someone says to be happy deep down, Maté also struggles with fear, pain, despair, trauma, or a meaningless life. People are not what makes them unhappy but have something that makes them unhappy. There is an essential difference between being or having something.

In the context of making emotional themes difficult to discuss, Neufeld & Maté (2010) describe the fact that attachment is the core of our existence. People have attachment and orientation needs, but children do not naturally have the skills to bond and orient independently. If they don’t get help with that, they run the risk of becoming disoriented and psychologically lost. Attachment to one or more (adult) persons is a valuable landmark. When educators can no longer be an orientation point, children tend to become more oriented towards peers. However, peers find it difficult to guide each other to adulthood. As a result, natural authority is eroded and educators no longer educate from the heart, but from manuals and expectations of themselves or of society. Remarkably, our brains cannot tolerate orientation gaps. Young people who have replaced adults as a point of orientation by their peers, it is enough to be together. Even if they are completely lost or confused. Attachment to peers only makes them feel that they are not lost or confused but, in fact, they are not protected from getting lost. Maté & Neufeld (2010) believe that it is important to constantly work on “bringing back” our children. That is not a one-off process with an unambiguous completion. The question is “what should we be attached to or detached from?”

Peter Pan’s famous story is an example of the effect of attachment problems (Alexander, 2008). Scottish writer James M. Barrie, creator of Peter Pan, was also traumatized at a young age. His younger brother, and the apple of his mother’s eye, died in a tragic accident. His mother then lived in grief until her death. James was emotionally neglected and grew up without his parents’ upbringing. James fled into his fantasy world and eventually came up with the character of Peter Pan who always wanted to remain a child and was unable to take responsibility. James, who also suffered from various addictions because of the trauma and attachment problems, has never been able to establish a good relationship with others.

The emotional food source can be found in many phases of our life. We must have the courage to prune the weeds of that old ‘well’. Many people are afraid to pick up old wounds and strive for happiness and success. The Belgian psychiatrist Dirk de Wachter has written good books on that theme. I also believe that wounds should be read too quickly in our Western society. For example, people quickly tell you to pick up the thread after a death. Others are too busy to support you or for a good conversation. I can say this because I do not always lead the way myself. Quick satisfaction is also a pitfall for me. Do something quickly that makes me dismiss the previous one, want to forget it, or numb it. I am aware that just like that washed up tiger, we can often say “let me just because I have just had a very important experience.” It is about awareness. What mechanisms do we use that overgrow the skills of personal leadership. If we let those moments sink in, we can use them for life as a source of nutrition. A pop star’s life is fast and hectic. I am not surprised that Mick Jagger is looking for the right source of nutrition that can give him satisfaction.